skip to main | skip to sidebar

> bit about the woman i love

my mother was really young when my dad left her. he left her nothing except five wounded hearts. me, two elder sisters and two kid brothers.. being a second wife was tough and being single again was really - really tough.... ' mak tua ' never liked mother for being pretty and soft hearted. mak tua and company never liked us for being part of them.....without my dad, it all became worst...
with nothing, my mother started her unpromising life with ten ringgit that mak tua 'painfully' parted with from money donated by people who knew him. ten ringgit for the six of us....what year were we at that time?...ahh it was at 1978...kalau jimat that ten ringgit can last two to three days lah.

being young and pretty were my mother advantages, she was the perfect company for dad's business and political functions. she was pampered and loved more than mak tua. was she good at cooking? i don't remember, maybe she didn't cook at all. i was too young to remember.

but that all changed after dad left us. she had to work as a cashier at a school canteen and was lucky enough to be promoted as the ' tukang masak's' assistant which earned her a few extra ringgit.

with the help of two sisters in the family, mother started a small home based 'nasi lemak' business. all went well. i helped her sell the 'nasi lemak' in school. the business was so good that it made the school canteen owner so unhappy...... alas .. i was caught! the schoolguard confiscated all of my 'nasi lemak'. i was nine at that time and it was really one hell of a shocking experience.

the headmaster gave me a warning and asked me to ask the canteen to help sell the 'nasi lemak' ... no more black market 'nasi lemak'.
my 'nasi lemak' retail price was dua 'kupang' per packet, lima 'duit' commission to the rich canteen owner. that was what i told my mother ... at least the business can still go on.

one week past and business was good. she was happy. but .. one day .. the 'nasi lemak' sale suddenly became bad. i was told it was because my nasi lemak was dirty. they found a cockroach in one of my 'nasi lemak'....!!!

business then became really bad and this time they found another type of insect inside one of many packets. the same pattern went on and on and on and mother got the hint. the business was stopped with - tears.

mother worked hard, i would say ten times harder than any woman her age in the kampung but the money was never enough. i was forced to transfer to a school nearer to my house as she couldn't afford to pay my school bus fees. her vision of me getting a better education at a better school thus vanished....
Posted by rainmaker at 8:55 PM 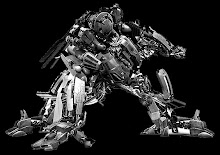 yea, I’m a loser, but the coolest loser you’ve ever met